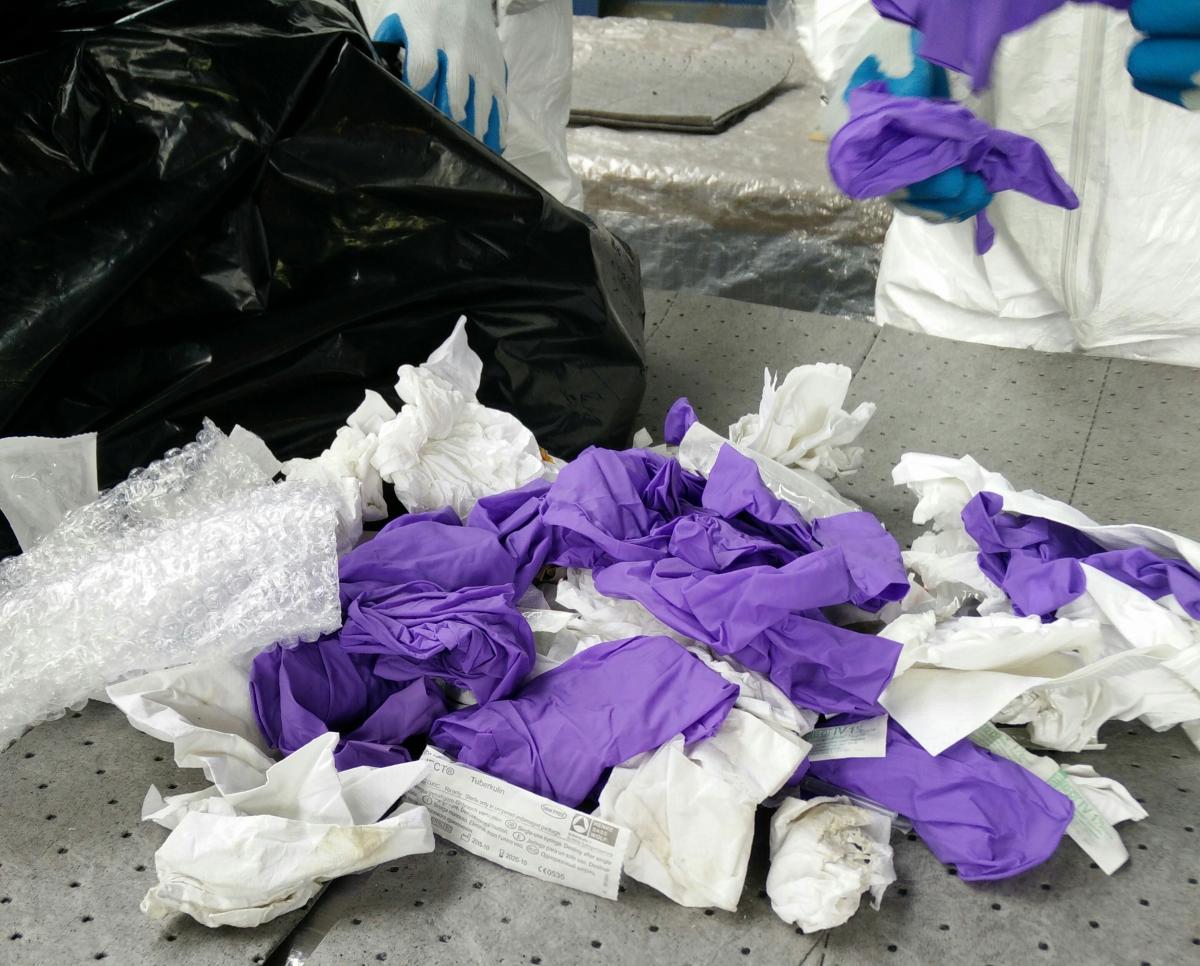 Update: UW Recycling and UW Sustainability have decided not to continue a pilot program to recycle nitrile lab gloves. The pilot program, which took place over the course of spring quarter of 2016 in nine labs in the Molecular Engineering and Sciences (MolES) department and Materials Science and Engineering department, reduced the proportion of lab waste that gloves made up from an average of 23% to 7%. However, while the pilot program diverted a significant amount of lab waste from the landfill, the program could not confirm that the overall carbon footprint of recycling the gloves was lower than the carbon footprint of sending them to the landfill. Recycling the gloves involved collecting, labeling, and boxing the gloves before shipping them from Seattle to a recycling facility in the Midwest and processing them there.

UW Recycling and UW Sustainability’s pilot program to recycle lab glove diverted an impressive amount of material from the landfill!

Two waste audits were conducted to compare how much gloves will be diverted from landfills - one before the pilot began and one after. The waste audit prior to the glove recycling program demonstrated that 23% of the lab waste sent to the landfill were gloves - more than any other item. By the end of the quarter, only 7% of material sent to the landfill were gloves - an impressive change!

The glove recycling pilot was the result of a collaboration between UW Sustainability and UW Recycling. The Campus Sustainability Fund sponsored the program, which took place during Spring Quarter. Nine labs from the Molecular Engineering and Sciences (MolES) and Materials Science and Engineering participated. EcoReps volunteers assisted with the waste audits.

The pilot has demonstrated that a campus wide recycling program for lab gloves could divert significant amount of waste from the landfill. The university is evaluating the pilot with the hope of expanding it to other labs on campus.

If your lab would be interested in participating in the future or would like to learn more about the glove recycling pilot, contact the Green Lab Consultant at greenlab@uw.edu.